Here are projects I am currently working on or have worked in the past:

Epigenetics for personalized medicine in cancer 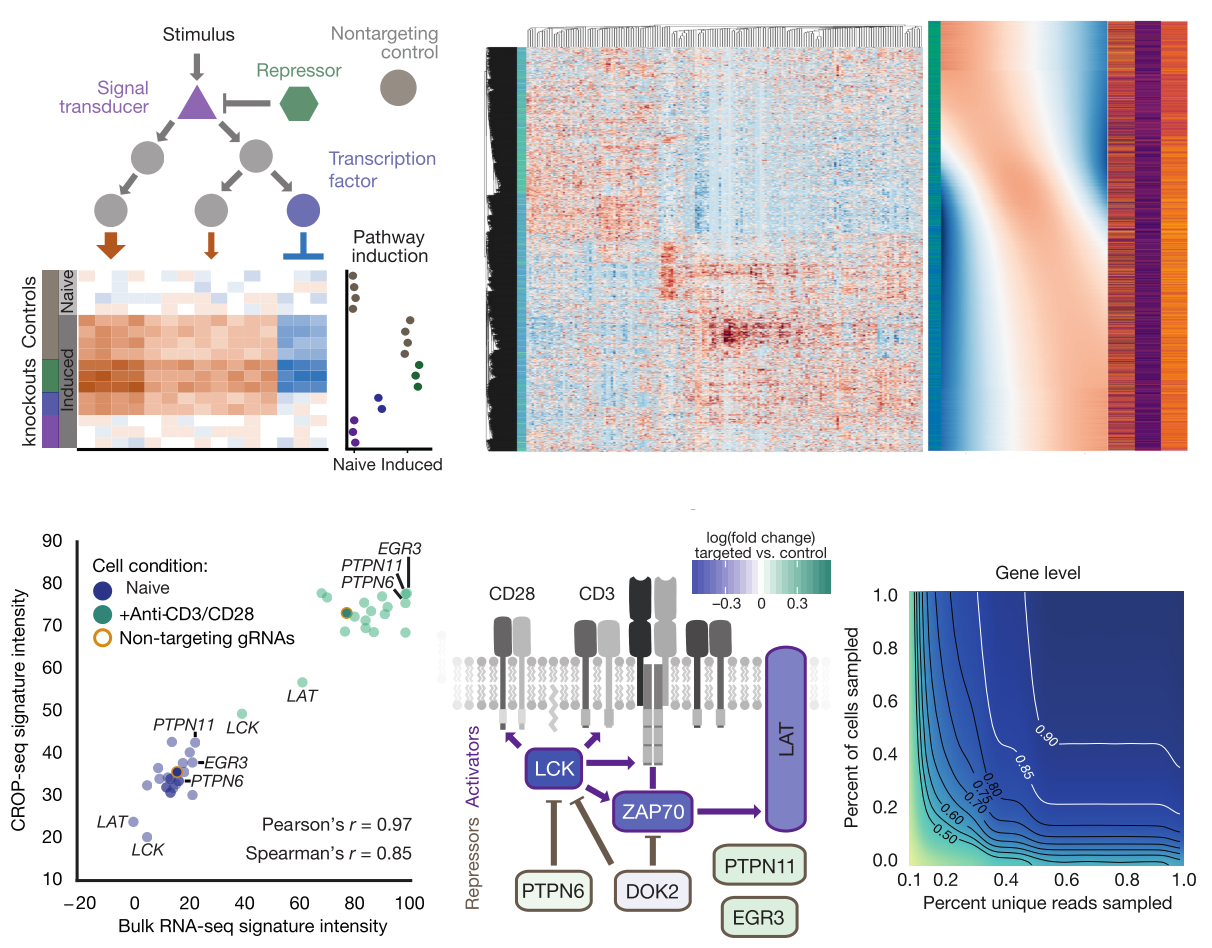 To understand how genes are regulated, genome-wide maps connecting regulatory proteins to their target sites on the DNA are created. This analysis is typically performed using “chromatin immunoprecipitation followed by sequencing” (ChIP-seq). Unfortunately, ChIP-seq can still be a relatively complex protocol that requires many cells, which makes it difficult to analyze some of the most interesting cell types – for example stem cells and cancer initiating cells.

Our lab developed a new and very efficient alternative to ChIP-seq that addresses these limitations. The approach, which is called “ChIPmentation”, combines the creation and enrichment of antibody-bound DNA fragments in a single-step reaction, making it much faster and more efficient for rare and difficult cell types.

I was responsible for analysing ChIPmentation data and comparing it to existing methods. In the future I will also keep working on developing methods to use these data in the detection of transcription factor footprints and accurate nucleosome positioning.

Part of the text was adapted from http://www.cemm.oeaw.ac.at/news/

The eukaryotic cell cycle is one of the most studied biological processes. However, variations of the canonical cell cycle have been discovered and found to be more predominant than previously expected. Endoreplication and endocycling - two such variants - produce polyploid cells, conferring advantages in growth and genotoxic stress. Although some of the regulatory principles of these cycles are being discovered, little is known about how cells can transition from a mitotic cell cycle to them.

Recently, it has been proposed that methylation of histone 3 lysine 79 (H3K79me) might have a function distinct from most histone modifications - a timer for a cell’s age -, for methylation of all H3K79 states is performed in a distributive fashion (unlike all other methylated lysines in histones) by Dot1 and no demethylase is known. Functional studies on Dot1 have shown aberrant patterns of replication, linking it directly to a cell’s ability to regulate its cell cycle.

This project aims to study the mechanisms of transition between different cell cycle modes in Oikopleura dioica - a marine chordate employing endocycling extensively through its life cycle.

We performed ChIP-seq on two antagonist transcription factors (E2F1 and E2F7) involved in the control of cell cycle progression that have been shown to have differential patterns of regulation in mitotic and endocycling cell cycle modes. We set ourselves to perform an initial functional study of H3K79me in Oikopleura though Dot1 inhibition in developmental stages employing different cell cycle modes.

Bilaterian animals differ from other metazoans in their apparent bilateral symmetry and the development of a third germ layer. Both might have facilitated the evolution of the diverse and complex bilaterian body plans. The first cnidarian genome sequence revealed that despite their morphological simplicity, this sister group to all bilaterians shares a surprisingly complex gene repertoire with vertebrates. This raised the possibility that rather than the gene set itself it might have been the complexity of gene regulation, which differs between cnidarians and bilaterians.

In this project we compared the gene regulatory landscape of a cnidarian and bilaterians. To this end we profiled five epigenetic marks, RNA Polymerase 2 and p300/CBP through ChIP-seq and generated the first genome-wide prediction of chromatin states and gene regulatory elements in a non-bilaterian animal, the cnidarian Nematostella vectensis.

We found that the location of chromatin modifications relative to genes and distal enhancers is conserved among eumetazoans. We also show that the inhibition of CpG methylation by the presence of H3K4me3 at CpG islands is not a feature exclusive from mammalian cells, but is also ancestrally conserved. Despite Nematostella lacking CTCF (a factor implicated in gene regulation by distal enhancers) we predicted thousands of distal enhancers and tested a portion in vivo, which in a large majority of cases induced expression at least partially reflecting the expression pattern of the neighboring gene.

Taken together our work showed that the genomic landscape of gene regulatory elements and associated genes is highly similar between Nematostella and bilaterian model organisms. This suggests that the eumetazoan ancestor already possessed highly complex gene regulation and that the complexity of bilaterian body plans in general did not arise through novel gene regulatory mechanisms. We hypothesize that rather a re-wiring of a few important interactions in gene regulatory networks might have led to the evolution of new body plans and an increase in complexity in bilaterians. 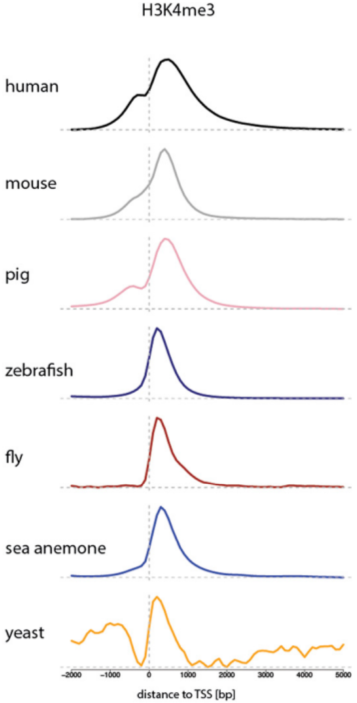 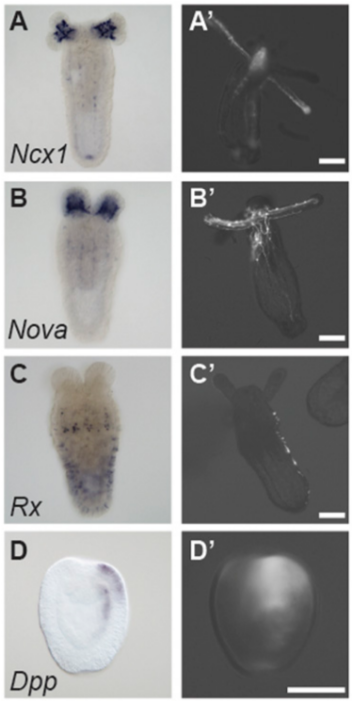 See also a poster about this project on Figshare.