I needed the location of nucleosomal dyads in the K562 cell line (ENCODE tier 1 line). Surprisingly, although plenty of MNase-seq data for that cell line is available, no nucleosome and dyad prediction exists.

I found the NuMap software by Anton Valouev to do exactly what I intended.

Since it is in a somewhat obscure page and this seemed to be the only place where this software was, I have uploaded it into a Github repository for the sake of preservation.

Predicting dyads from MNase-seq data with NuMap seemed trivial: I downloaded the K562 MNase-seq data set (11 replicates ~85Gb!!), combined all replicates and ran NuMap on the data(instructions on the Github README).

From NuMap output there are dyad positions in bed format and you can also produce several metrics to evaluate how good the prediction was. 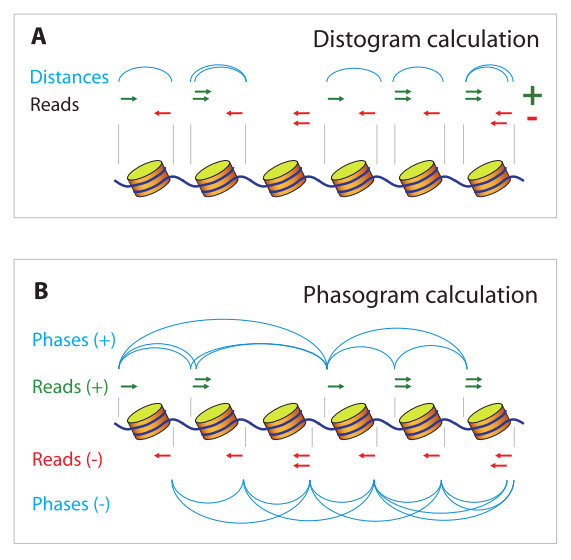 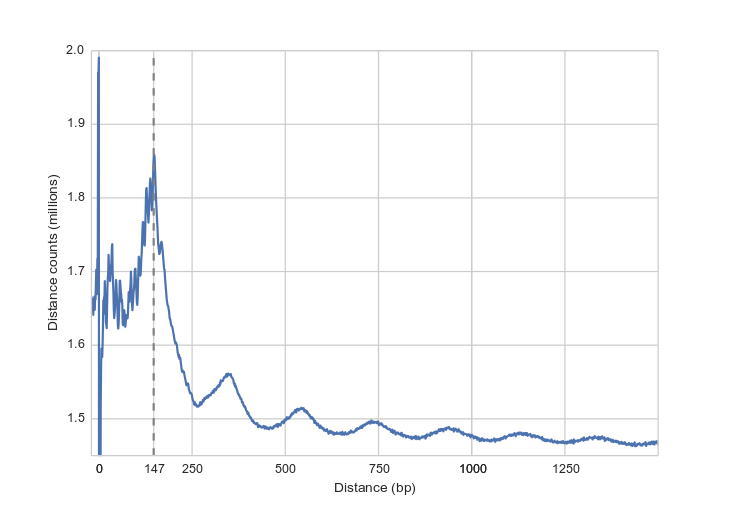 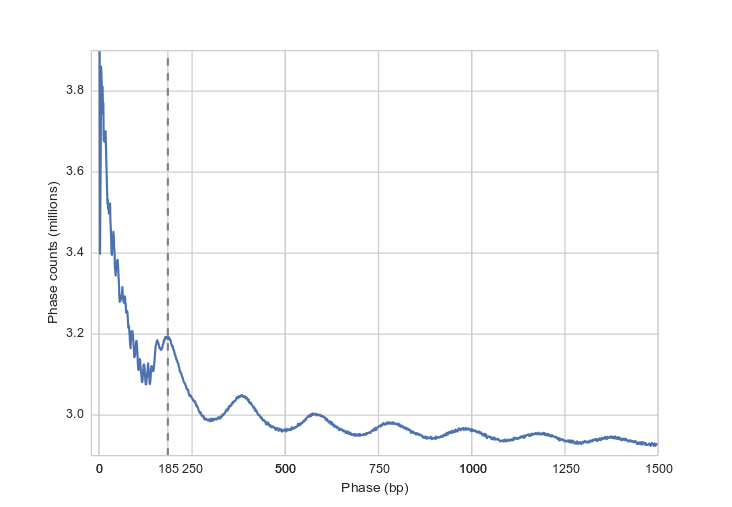 The average distance between dyads in K562 cells seems to be 185 bp.